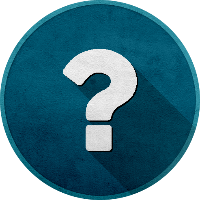 Memory not released after call to H5Fclose

Right now, running our application for any length of time, writing data to an h5 file, inevitably results in the system running out of memory.
I have already tried all of the things suggested in the forum entry, with the same results as the other HDF user (no success).

We have thousands of sensors whose measurements they track are sent in data packets, similar to Ethernet packets. Part of this packet is the data.The length of the data portion is variable on a sensor-by-sensor basis. Moreover, the content/structure of the data is also variable on a sensor-by-sensor basis. When the user runs our software, the user decides which sensor(s)/measurement(s) are important for the test session. It is no until the test session starts that we finally know what the potential structure of the data might be if we were to choose compound types in a table or packet table in an h5 file.

We have a feature called checkpointing that closes the current h5 file and starts writing to a new one. The first file had the property H5F_CLOSE_STRONG set, so that close should have closed everything in the file. However, nothing changed memory-usage (or processor-usage, for that matter) for that thread.

It is hard to answer this because there is a lot going on here. Here are some thoughts:

So, to sum up some obvious potential performance improvements: