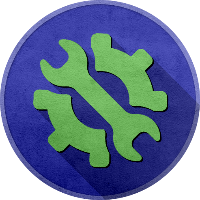 The HDF5 .NET wrappers have been replaced by a complete set of Platform Invoke (P/Invoke) declarations for the core HDF5 C-API.